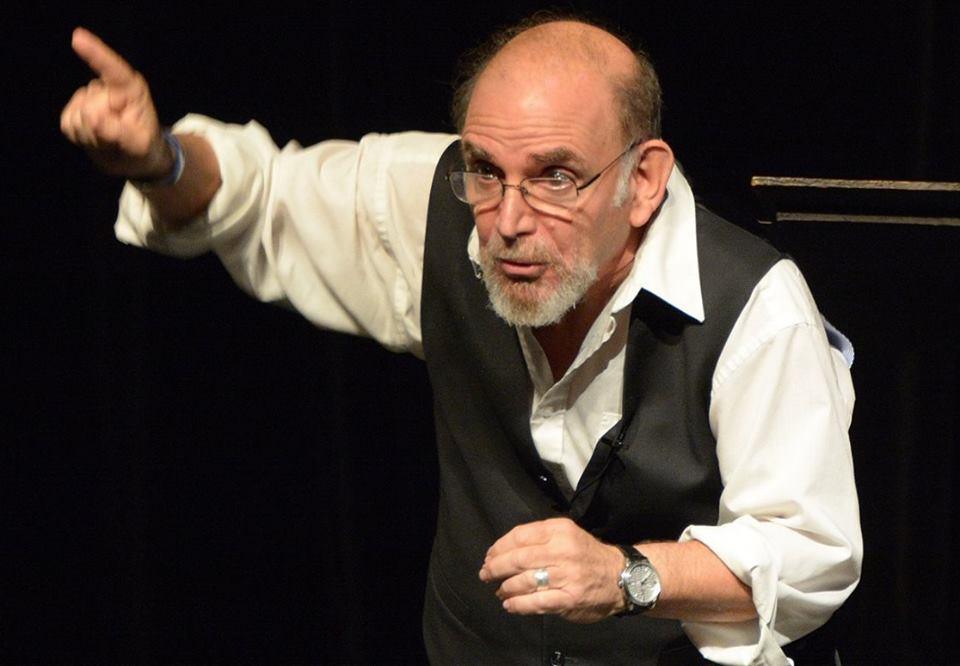 REMNANTS is based on forty years of the playwright's conversations with Holocaust survivors. Forty-five minutes in length, the piece is stark and minimalist, each segment recreating moments in which survivors reflect not only on the destruction but also on their lives in the aftermath. Typically, performances of the play are followed by a discussion between playwright and audience. Thus, a presentation of REMNANTS lasts from one hour to ninety minutes.

REMNANTS is not "survivor testimony." Rather, it recreates moments from long acquaintance in which survivors struck on an image or anecdote—often to their own surprise–which seemed to "nail it." The dramatic action is the process of retelling itself: survivors' finding such images, their strategic deployment, and the relationship that each survivor works to establish with the audience.

REMNANTS was first produced for radio in 1991 and distributed to NPR stations across the United States. As a stage play, REMNANTS has been presented at more than three hundred venues throughout the U.S. and Canada as well as in Britain, Israel, and the Czech Republic. The play has been a winner of the Henrico National Competition, the Attic Theater Center New Plays Festival (Los Angeles), the New Hope Performing Arts Festival, the National Script Competition of the Midwest Radio Theatre Workshop, and the Michigan Public Broadcasting Focus Award. Recent presentations have included performances at the John Houseman Theater (New York), the British Library (London), the United States Holocaust Memorial Museum (Washington, DC), and the Magdeburg attic theatre in the former Theresienstadt concentration camp--a space used for performances during the Holocaust itself.

“REMNANTS is as memorable and moving as other major Holocaust works. The play is renowned.” --The Detroit Jewish News

“I read a lot of plays. I don’t know another one like REMNANTS. It is exactly what it should be. It is exactly right.” --Ellen Schiff, editor of Classic Plays of the American Jewish Repertoire

“REMNANTS says more about the Holocaust in fewer words than just about anything I know. Its lean, minimalist format is powerfully affecting. This is Holocaust theatre at its best--a work that carries authenticity in every one of its taut, spare words.” --Alvin H. Rosenfeld, Emeritus Chair, Academic Committee, United States Holocaust Memorial Museum.

“An understated, concentrated, starkly dramatic play. REMNANTS avoids the dogmatic and the sentimental and leaves interpretation up to the cast and response up to the audience.” --Lawrence Langer, Professor Emeritus, Simmons College

“REMNANTS succeeds in ways I had thought out of the reach of any kind of dramatization, and it does so with great integrity as well as passion.” --Michael Andre Bernstein, Professor of Comparative Literature, University of California, Berkeley

"Of the countless attempts to represent the Holocaust, REMNANTS stands out as a uniquely succinct and piercing glimpse into the immeasureable horror of genocide. This play has more to tell us than many learned volumes about the shame we should all feel for crimes committed against the very idea of a shared humanity." --Omer Bartov, Birkelund Distinguished Professor of History, Brown University

"REMNANTS combines history and scholarship, art and drama, to inform our understanding of the Holocaust in ways that are as moving and poignant as they are challenging and surprising. Penetrating, gripping, masterful--those are only a few of the words that this distinctive work deserves." --John K. Roth, Edward Sexton Professor of Philosophy and Director, The Center for the Study of the Holocaust, Genocide, and Human Rights, Claremont McKenna College

"Caught between initial disinterest and subsequent exalted expectation, survivors struggle to give voice to searing personal memories that provide no comfort, resolution, or redeeming edification. REMNANTS sensitively captures a kaleidoscope of survivor voices that are both evocative and painful."--Christopher R. Browning, Emeritus Professor of History, University of North Carolina

Annual Scholars Conference on the Holocaust, Tampa and Philadelphia

University of California at Los Angeles

Universities of Trent and Nottingham, UK